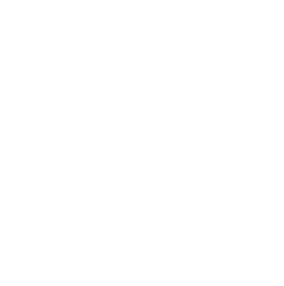 By the end of year 6, children will structure their own investigations and solve a wide variety of increasingly complex problems. They will independently develop their own lines of enquiry and be expected to prove their solutions in a variety of ways including algebra, negative proof (use a counter example to prove the rule) and be able to communicate their results using accurate mathematical language. Children will demonstrate secure knowledge and confidence to talk in depth about mathematical concepts and explain their solutions, decisions and reasoning.

Children extend and apply their knowledge of place value for numbers up to and beyond one million (including decimals and negative numbers) in a variety of situations. Special numbers are extended to include common factors, common multiples and a deeper understanding of prime numbers. Children will be able to round numbers and identify what degree of accuracy is appropriate.

Children will be fluent in a wide range of mental and formal written calculation strategies for all operations, extending to long division (four digit numbers by two digit numbers) by the end of the year. They will apply estimation in a range of ways. Through investigations, they explore the effect of the order of operations including the use of brackets.

·         Fractions including decimals and percentages

Children recall and using equivalences between simple fractions, decimals and percentages. Additionally, they are able to express fractions in their simplest form and calculate the decimal equivalent, for example  = 3 ÷ 8 = 0.375.

Applying this understanding of equivalent fractions, children will order, add and subtract fractions (including mixed numbers and those with different denominators) by the end of the year e.g.  +  + c = 1. Using hands-on resources and images, they will multiply and divide proper fractions and mixed numbers by whole numbers e.g.  x  =  and ÷ 2 =  . Children will solve problems involving the calculation of percentages linked to real life situations.

Pupils explore ratio and proportion through real life experiences such as changing the quantities in recipes (scaling), scale drawings and maps.

Throughout their primary experience children will have encountered algebra in a number of different situations which is drawn together and formalised in year 6. By the end of the year, they will confidently use symbols and letters to represent variables and unknowns in mathematical situations that they already understand, for example, simple formula and equivalent expressions a+b = b+a. Children will describe number sequences and missing number calculations.

Through investigation and problem solving, children convert between a range of measurement units (including both imperial and metric). Calculation of perimeter and area is extended to include parallelograms and triangles. Additionally, they will explore the relationship between area and perimeter. They will know how to calculate, estimate and compare volume of cubes and cuboids identifying when it is appropriate to use formula.

Children will draw 2-D and build 3-D shapes with accuracy using given dimensions and angles. They will create nets of common 3-D shapes. They will consolidate their knowledge of angles within shapes and extend it to find missing angles in triangles, quadrilaterals and regular polygons. Children name parts of circles, including radius, diameter and circumference, and explore the relationships between these elements. Children will use four quadrant co-ordinate grids to describe positions, draw and translate simple shapes. Using their knowledge of the properties of shape, they will be able to predict missing co-ordinates and express these algebraically.

Children will increase their knowledge of different data representations to include interpreting and constructing pie charts (using their knowledge of angles, fractions and percentages) and line graphs (e.g. miles to km conversion). They will know when it is appropriate to use the mean as an average and how to calculate it.